Imagining and designing a digital identity system to promote the annual event roster that would deepen connections across a younger audience without estranging their core.

Four Winds is an arts organisation renowned for presenting and producing leading national and international musicians and experiences in a one-of-a-kind outdoor bushland environment at Bermagui on the stunning Far South Coast of NSW, Australia.

In 2018 I earned the difficult task to do justice to their amazing curation and their spectacular location by imagining the best way to tease and inform the public about the upcoming season.

It’s no secret the audience of Four Winds was often seen as aging, and even though it’s not as old as we may initially think it is, there is nevertheless a critical challenge to constantly grow the attendance of younger audience members. With their curation already going in that very direction, I quickly aimed at shifting the approach.

Thankfully, and to their credit, they came to me with a robust library of location- and performer-centric visual assets that I could use as the heroes of their identity. Coupled with consistent application of a verdant palette and powerful use of typography, the bones of future visual communications were set.

From there I then moved to designing and producing everything from the website experience, season brochures, to posters and flags, social media posts and stationary.

And yes. It worked! There has been an increase in the number of yearly sold tickets and a clear renewal of the average-age in those subscribers. 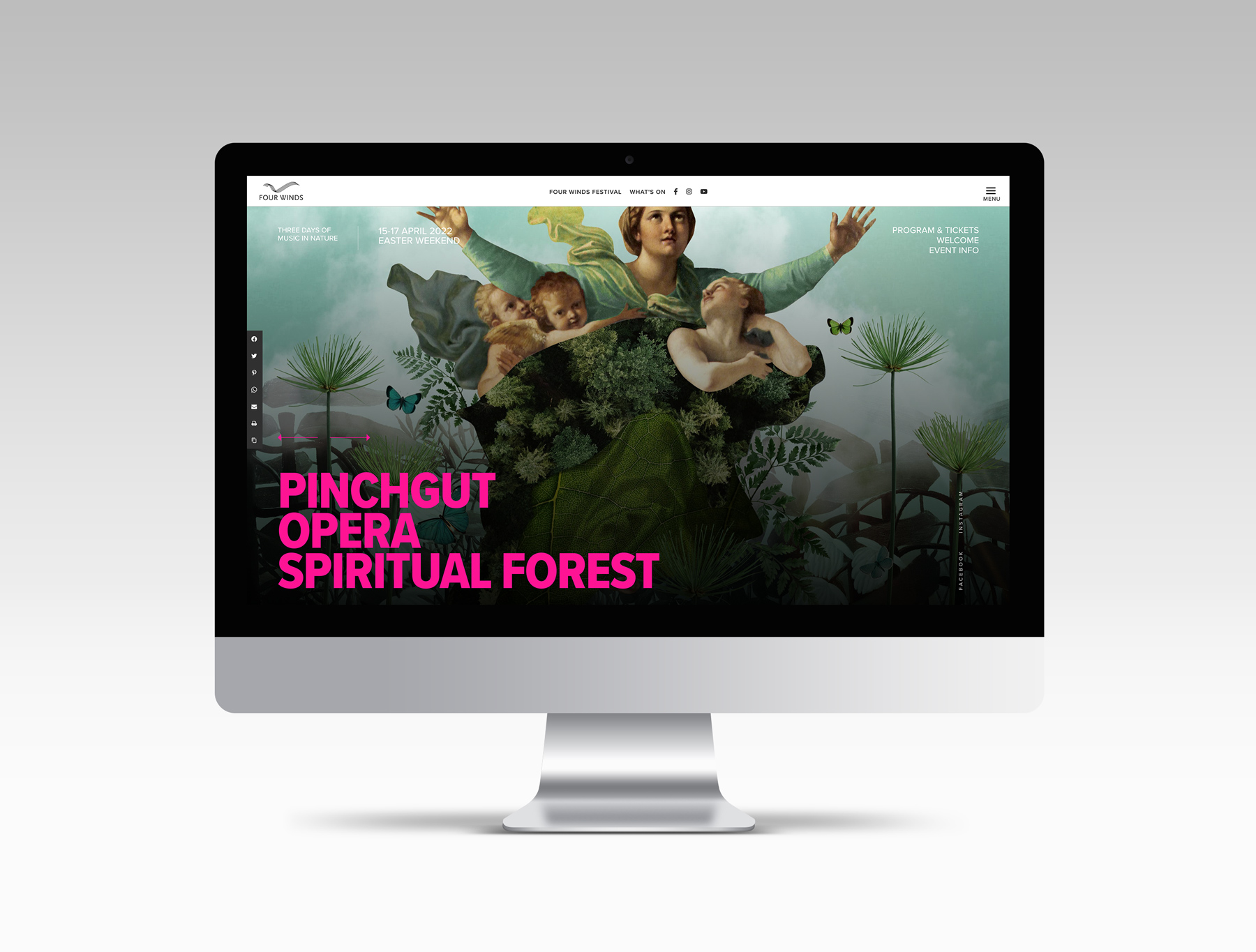 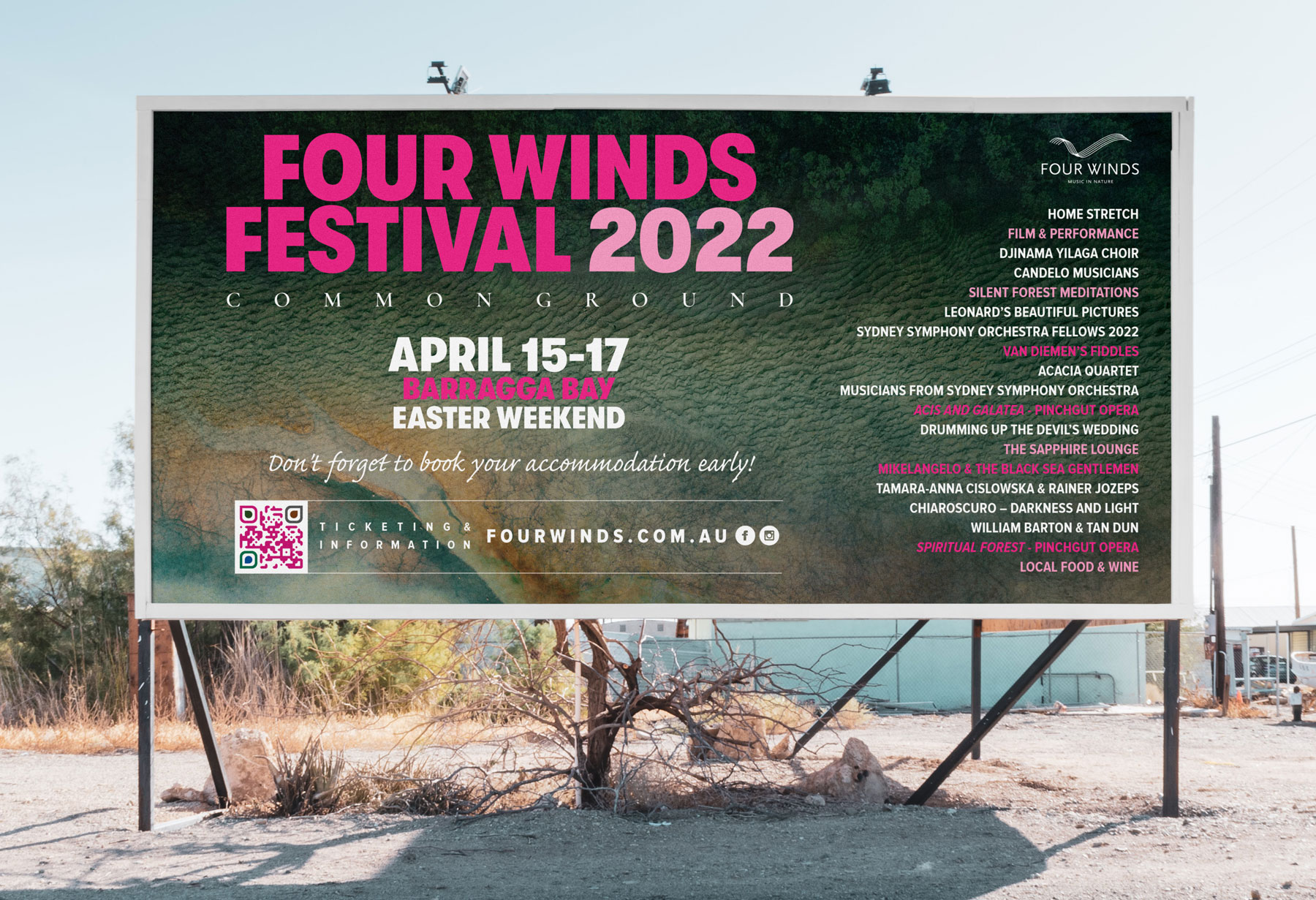 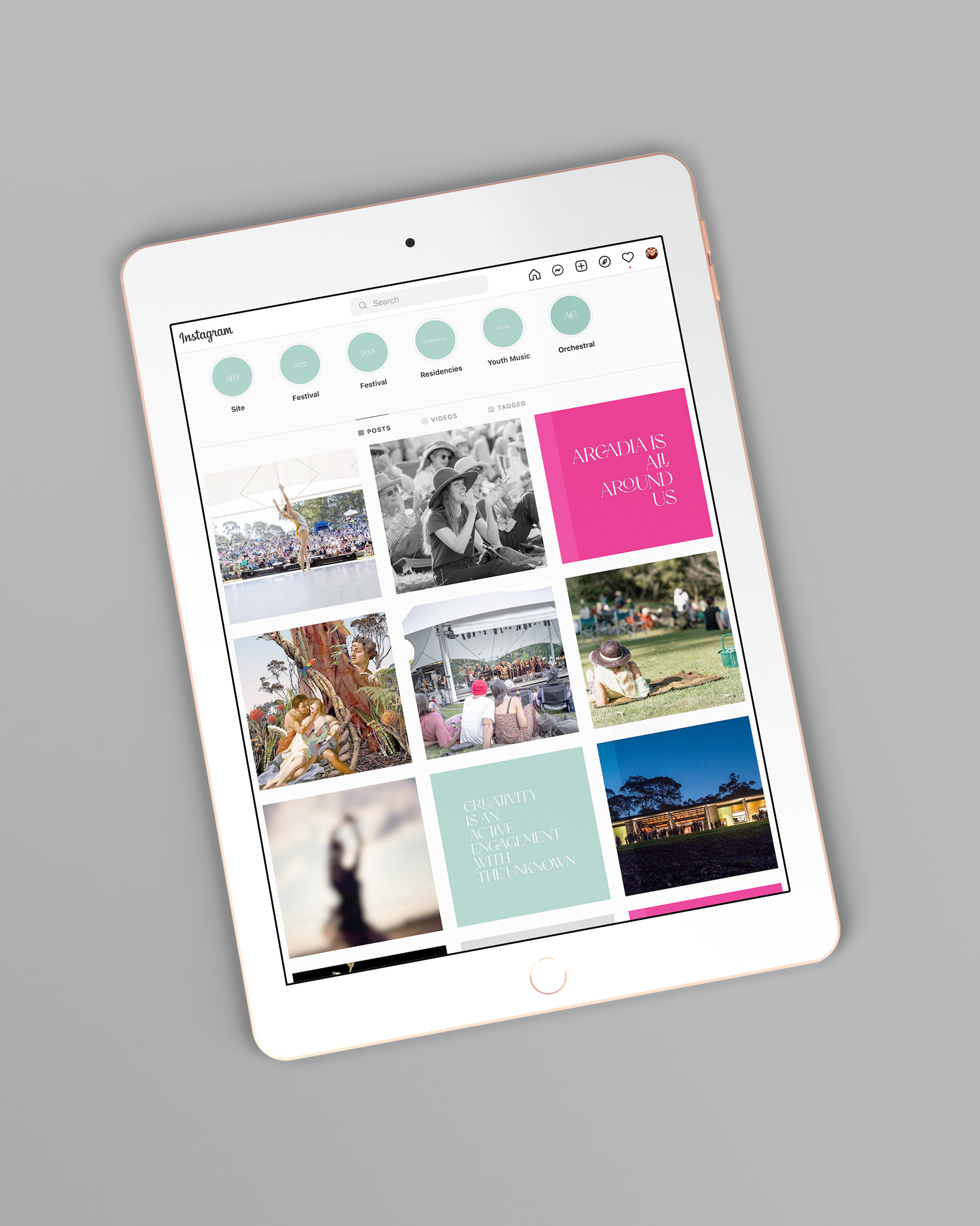 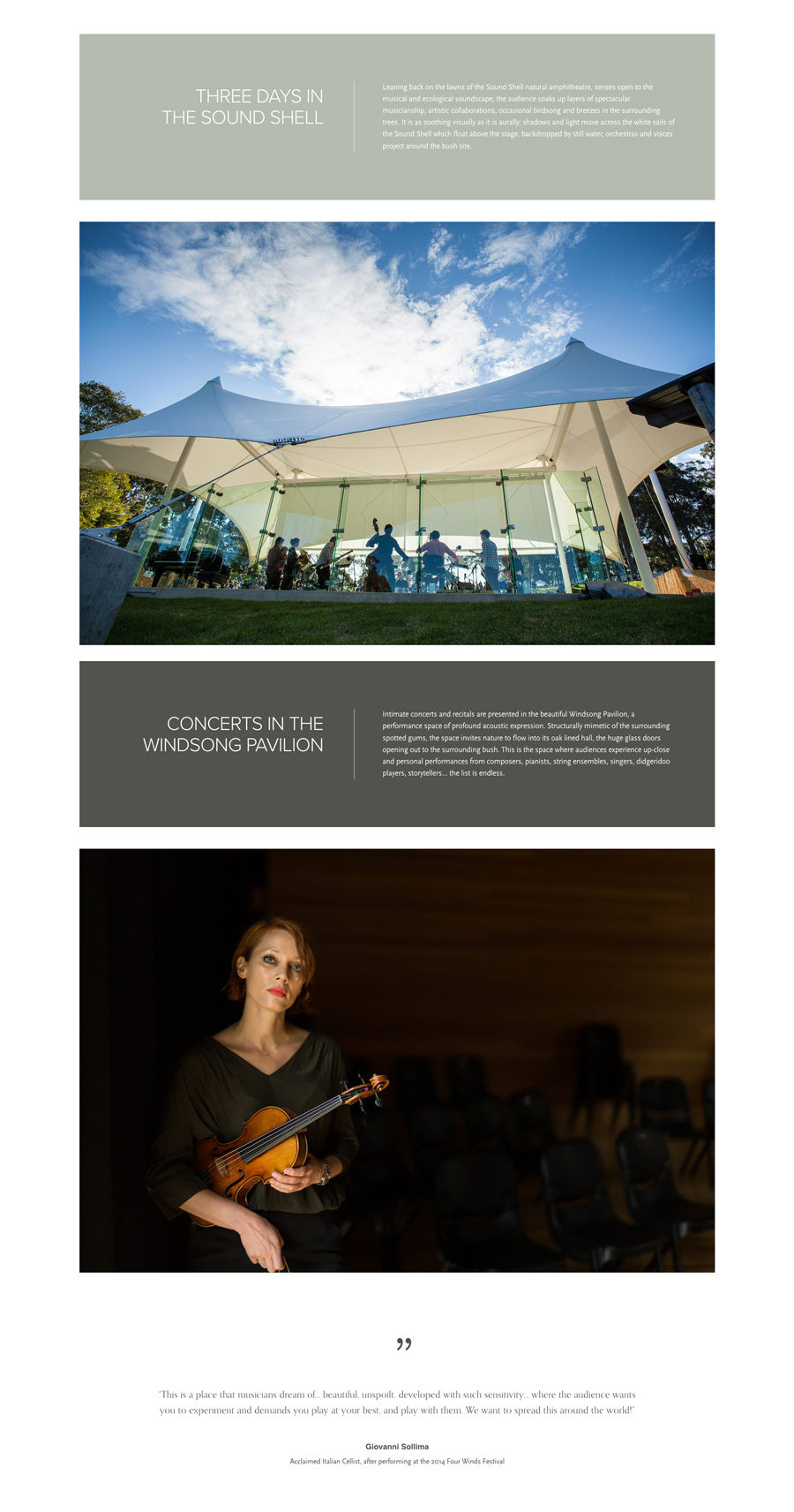 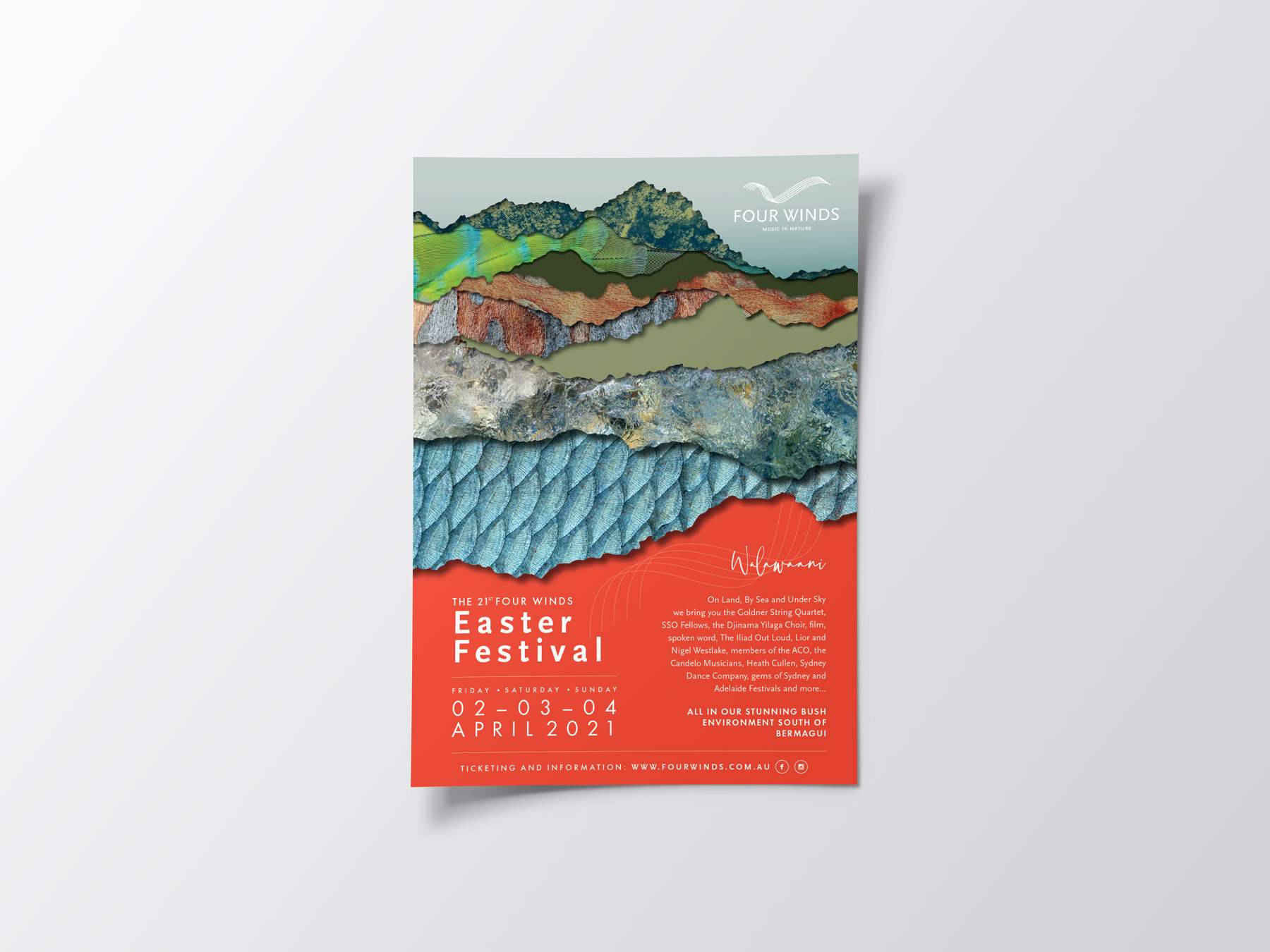 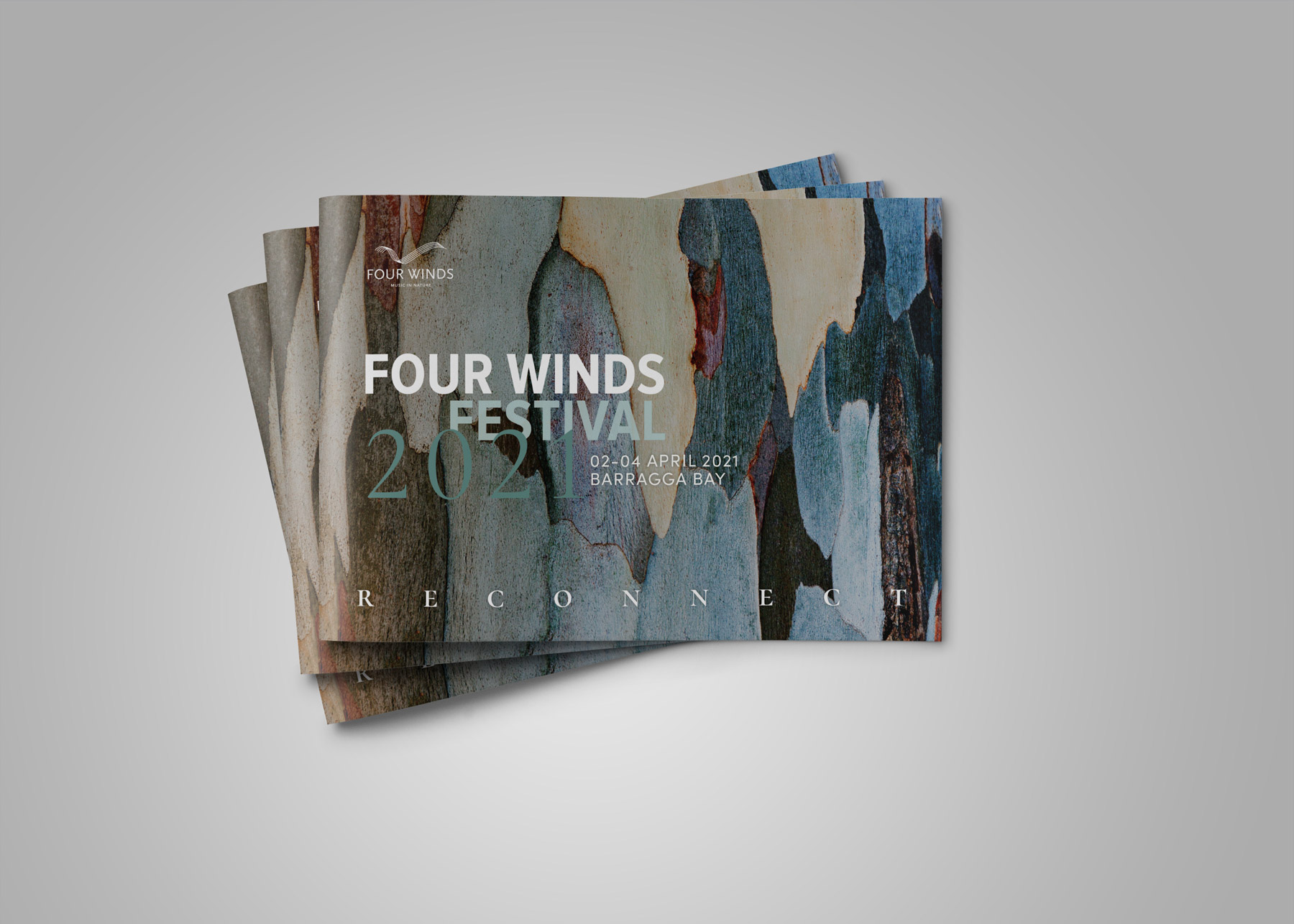 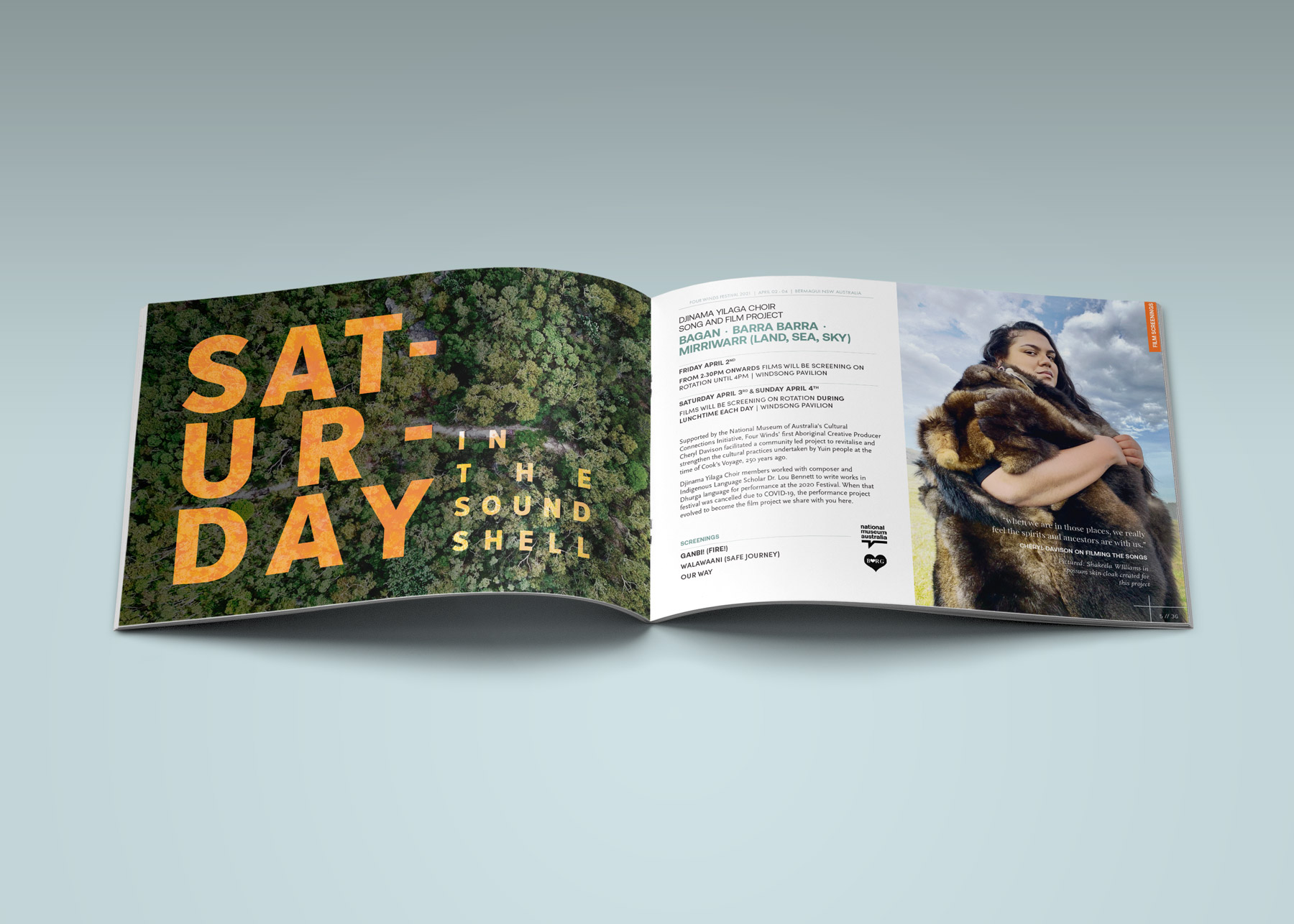 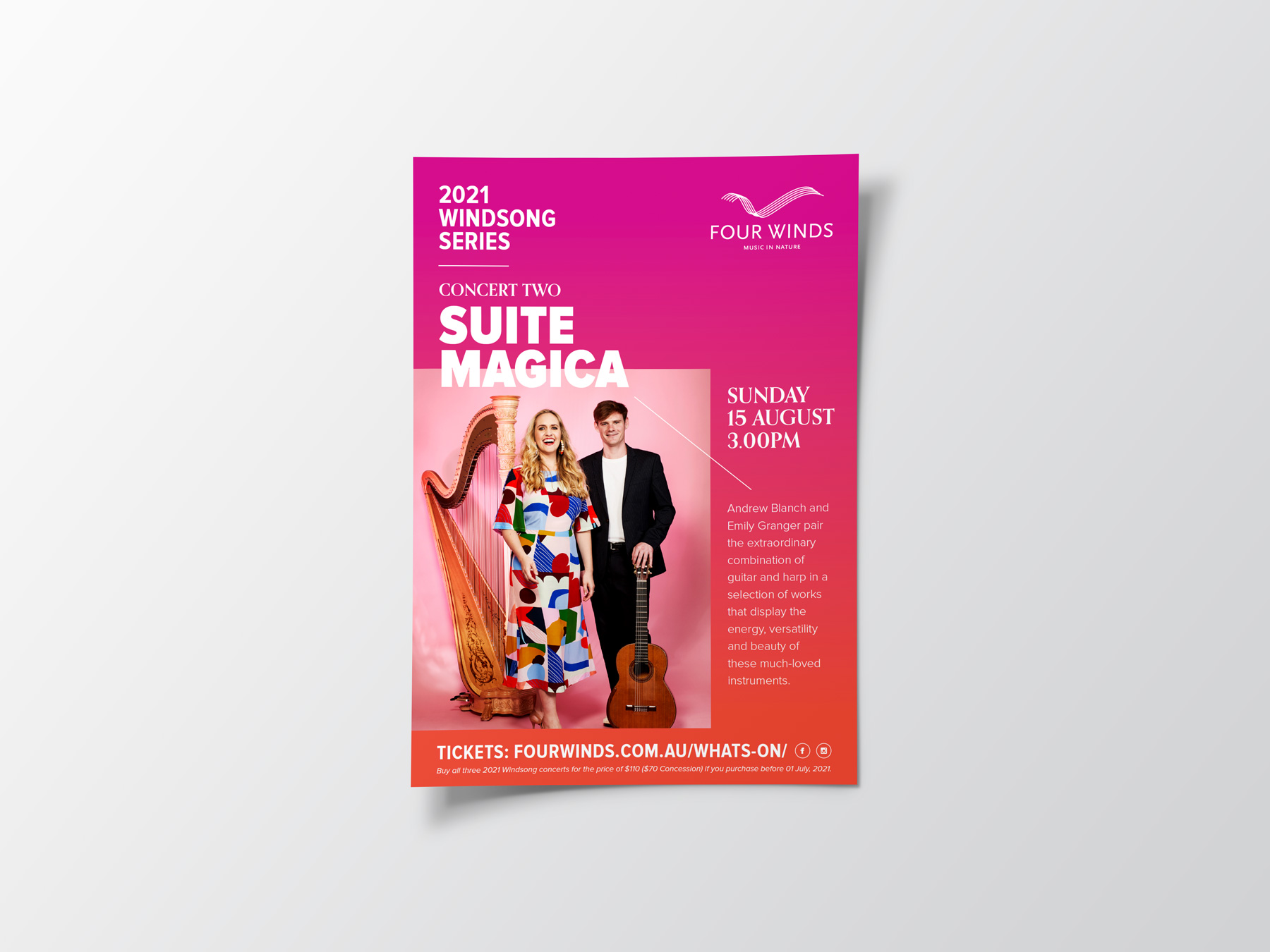 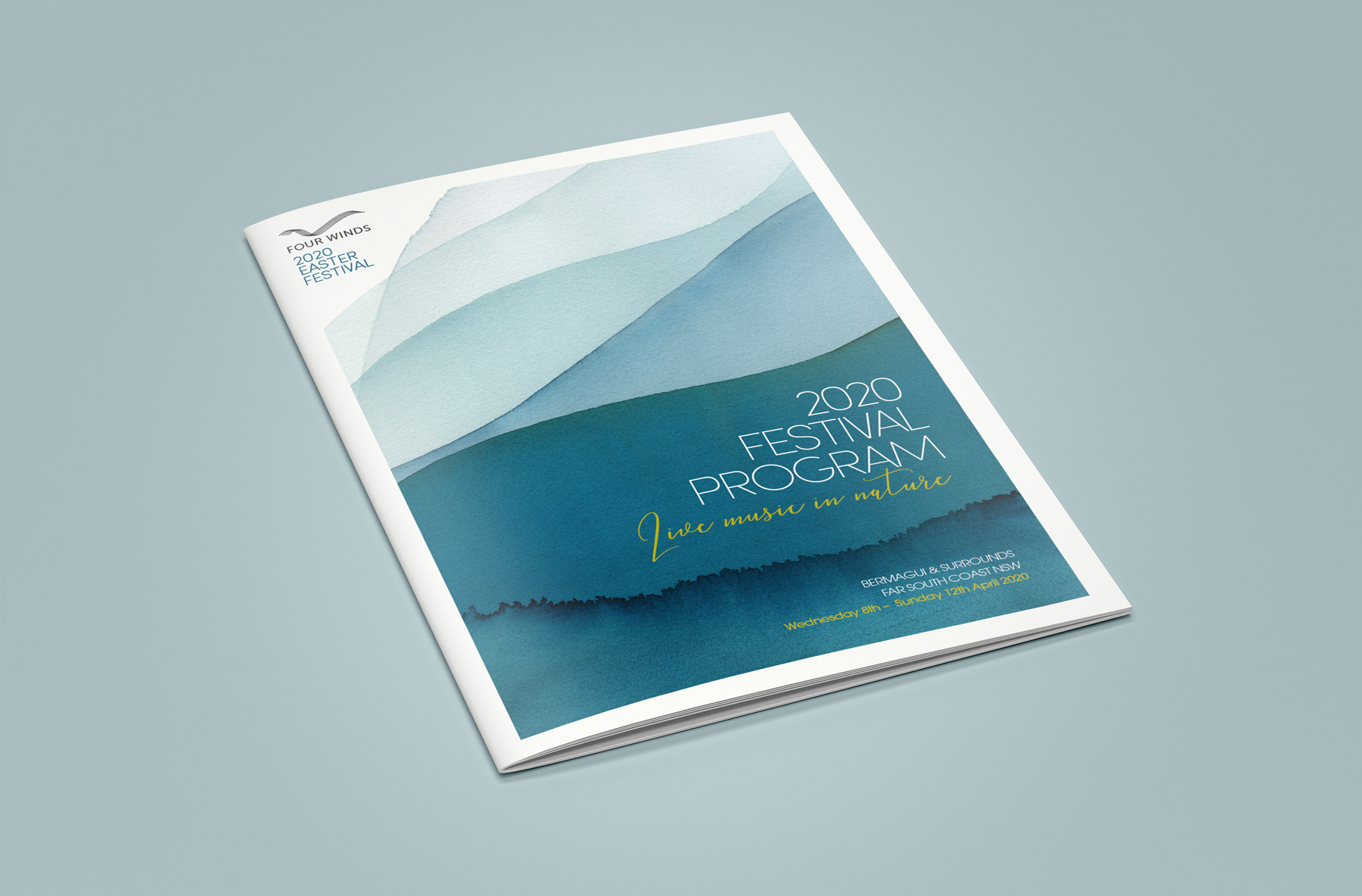 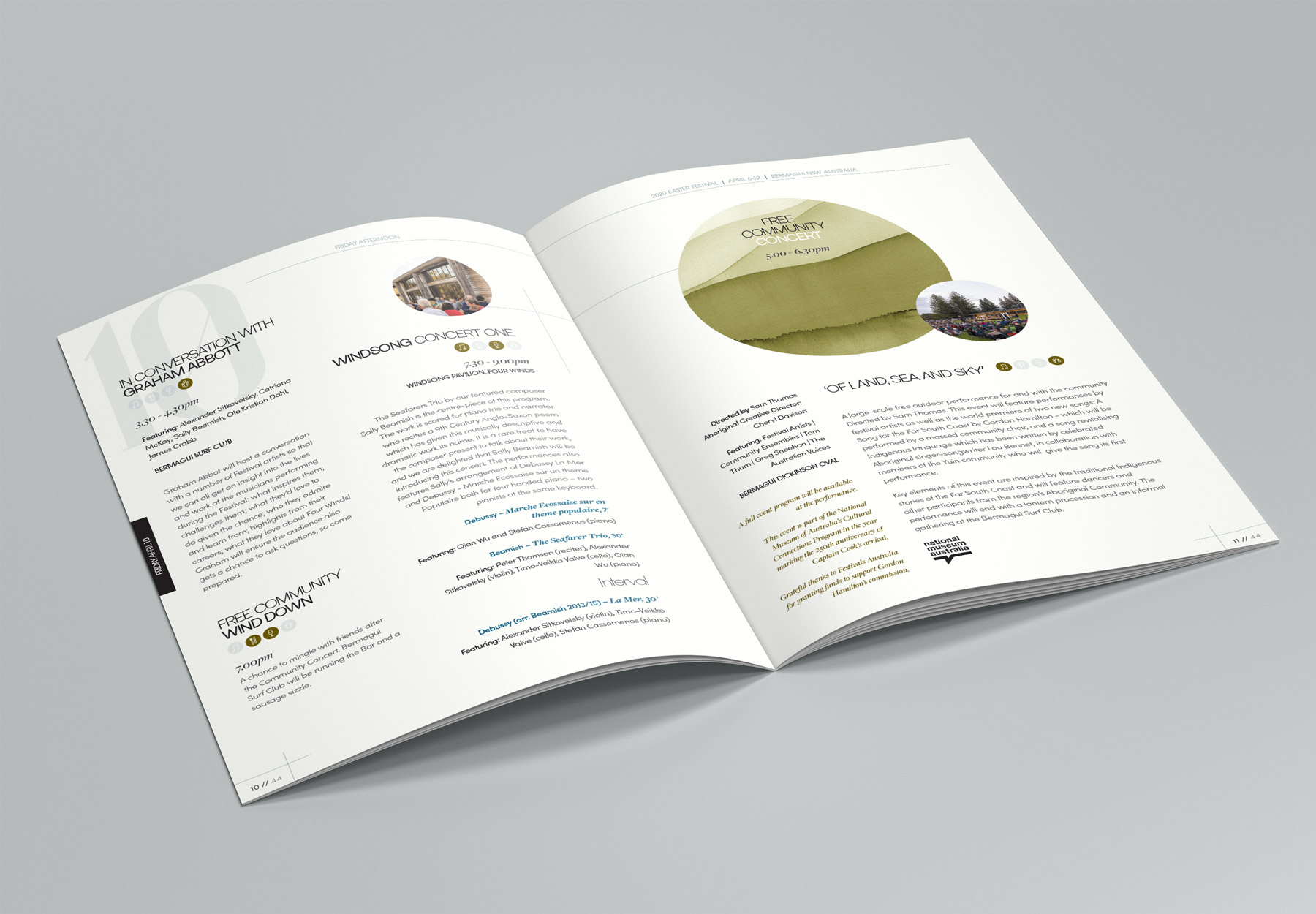 Our studio is located on Dharawal country. We acknowledge Aboriginal and Torres Strait Islander peoples as the Traditional Owners of Country throughout Australia. We pay our respects to Elders past, present and emerging, celebrate their continuing culture and the contribution First Nations people make to the life of this region and our country.